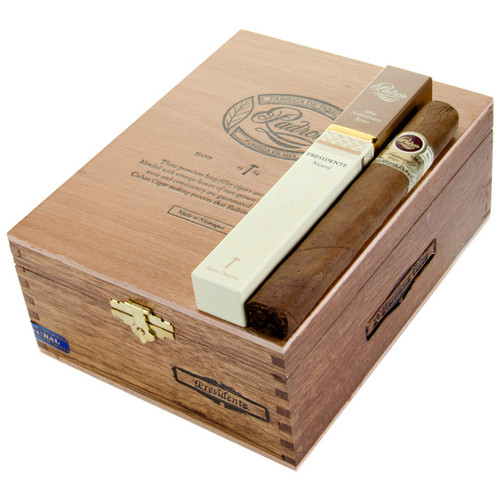 Extremely well-balanced and full-bodied yet refined, the Padrón 1964 Anniversary is frequently sold out due to its immense popularity and limited production.
Padron has just released 2 sizes in both Natural & Maduro in their famed 1964 line, these additions are the first-time Pardon has introduced a tubo to their collection. These exquisite cigars come packed in square tubes, and just like their cigars--these tubes are top-notch! The cigars come packaged in 15-count boxes with each cigar packaged in a tube. So for those padron fans that don't have a humidor or want some extra protection for their cigars when traveling then tubes are for you.
×

This cigar was made in commemoration of Jose. O Padron's 70th Birthday.  It was to honor his lifetime work in the tobacco industry by making a cigar with all of his favorite characteristics...

Parejos 6-7/8 x 38 When we created these cigars, after tasting this savory blend of extensively aged tobaccos we kept getting the same remark from all those who smoked the samples, "...is this a...