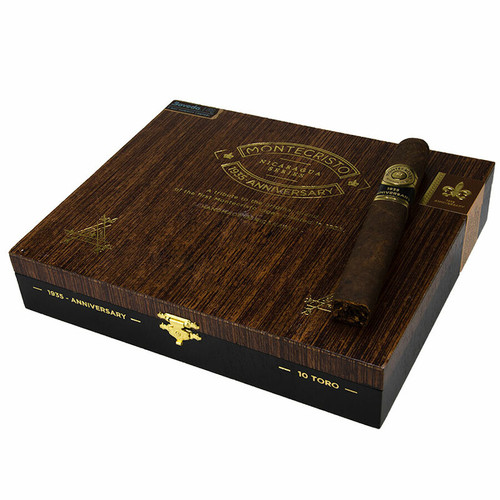 The Montecristo 1935 Anniversary Nicaragua is made by A.J. Fernandez at his San Lotano factory in Ocotál, Nicaragua, celebrating Montecristo's 85th Anniversary milestone. To honor the age-old tradition of soft-pressing cigars, the Montecristo 1935 Anniversary Nicaragua will be introduced as a soft-pressed series of four sizes. These soft-pressed cigars do not have the sharp angles and defined corners like a today's box-pressed cigars, instead  they are not completely round,rounded cigars are packed tightly into their own dress boxes and then compacted by a hand press. The result is a squarish appearance, which is common among Cuban cigars.