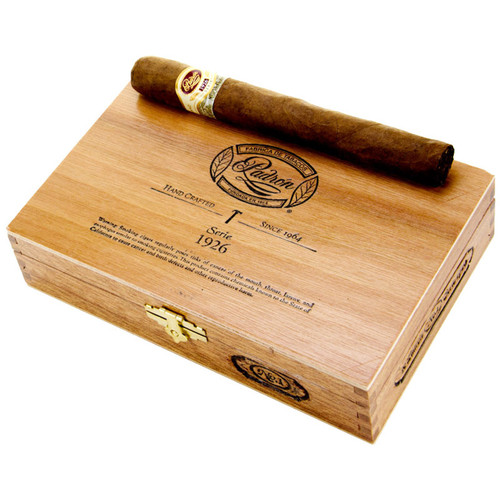 $28.50
Country of Origin Nicaragua
Shape Toro
Blender Padron
Strength Medium - Full
Size 6.75 x 54
Grade HLF
Color Colorado
Binder / Filler Nicaraguan / Nicaraguan
Wrapper Nicaraguan Habano
It is not hyperbole to describe the Padrón 1926 Series as one of the best cigars in the world. It is difficult to find a regular production cigar with more acclaim and consistently high ratings than the 1926 Serie.