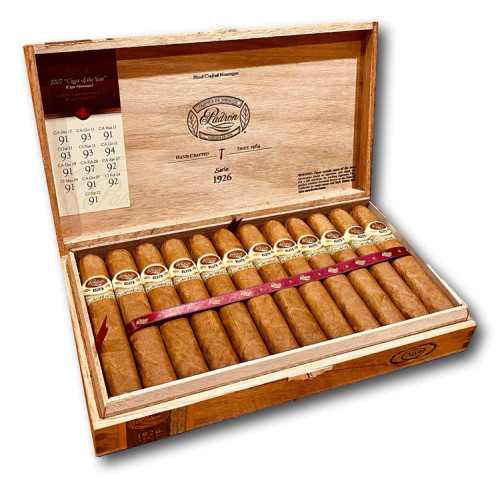 $26.10
Country of Origin Nicaragua
Shape Robusto
Blender Padron
Strength Medium - Full
Size 5.25 x 56
Grade HLF
Color Colorado
Binder / Filler Nicaraguan / Nicaraguan
Wrapper Nicaraguan Habano
It is not hyperbole to describe the Padrón 1926 Series as one of the best cigars in the world. It is difficult to find a regular production cigar with more acclaim and consistently high ratings than the 1926 Serie.

S.T. Dupont DEFI XXTREME, the lighter for modern adventurers. With its powerful double flame, it resists even the most extreme conditions! The Defi XXtreme will accompany you on your most...