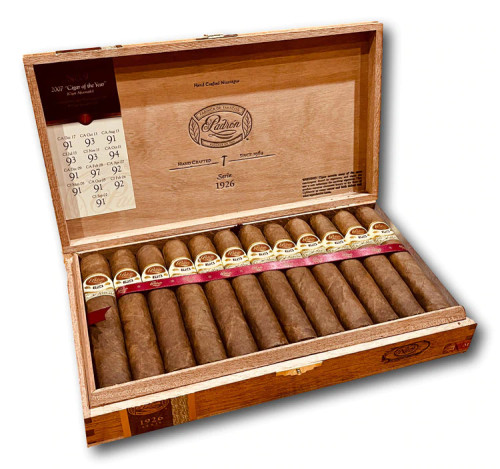 $26.10
Country of Origin Nicaragua
Shape Robusto
Blender Padron
Strength Medium - Full
Size 5.25 x 56
Grade HLF
Color Maduro
Binder / Filler Nicaraguan / Nicaraguan
Wrapper Nicaraguan Maduro
It is not hyperbole to describe the Padrón 1926 Series as one of the best cigars in the world. It is difficult to find a regular production cigar with more acclaim and consistently high ratings than the 1926 Serie.

Product Description Marine Corps Humidors Two by American Emblems will make anyone associated with the Marines proud. Whether active, reserve or retired, this humidor is for you. These limited...

Marine Corps One for 100 Cigars

Product Description Marine Corps Humidor One by American Emblems will make anyone associated with the Marines proud. This limited edition cigar humidor has the United States Marine Corps emblem...